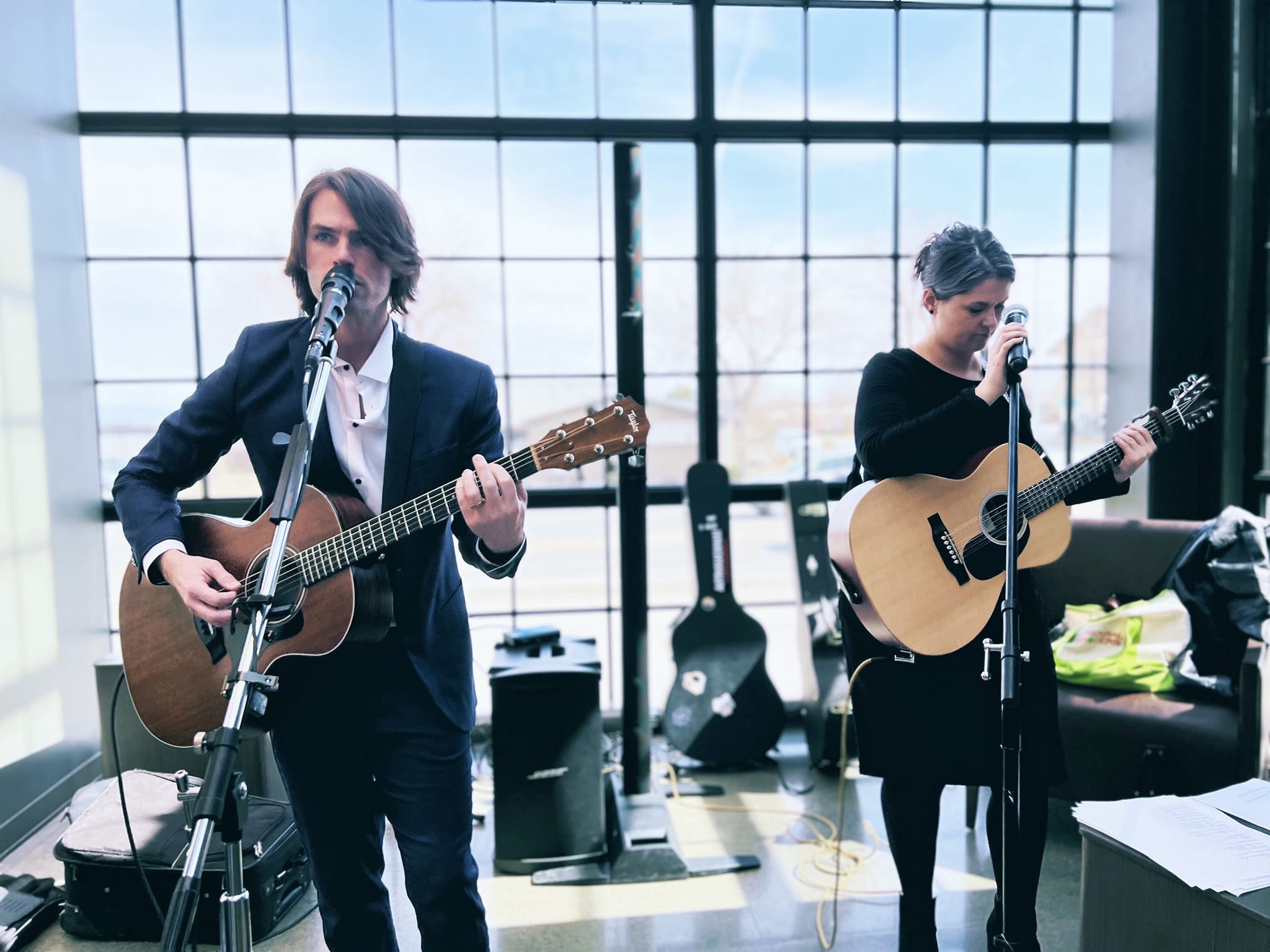 Marly Kendrick and Brett Mondie were introduced by a mutual friend late in the summer of 2019 and hit if off immediately. Since then, the duo has been keeping very busy playing all kinds of events and venues in Helena and the surrounding area. Kendrick & Mondie have a distinctive and engaging style of country/folk music that highlights their uncanny ability to harmonize with precision.

With her background in opera, musical theater, and church music, Marly Kendrick has a unique ability to sing just about anything. She taught herself piano and guitar late in life and adds both to the stage along with her vocals. Her musical background explains her prowess as she comes from a family of vocalists. Her father and two sisters were all blessed with the ability to sing anything. There aren’t many songs that intimidate Marly. She’s put in her 10,000 hours to master her craft, driven by her passion to use her music to inspire others.

Brett Mondie’s supernatural ability to accomplish whatever he sets his mind to has shaped his natural talent. His strong work ethic and rich musical history have blended with his southern roots to create the self-made guitar playing, vocal master we’ll hear at the Festival. His guitar skills draw audiences in with creative and technical riffs. Brett is also a gifted lyricist who leans on his life experiences to write music that is relatable as well as enjoyable. His accomplishments include a recorded album and 2 EPs with the band Fortune In The Sun, an album (and Live version) in LA with his band Brett Mondie & The Barbaros, a solo EP with Grammy-winning Producer, Jimmy Hoyson, and most recently a new single, Damn Good Woman, in 2021.